FOR IMMEDIATE RELEASE
Press Contact: Maria Pettis (717) 393-7879
DOMINATORS.TV — EDUCATIONAL LOCAL PEST REALITY SHOW ONLINE MARCH 1
(Lancaster, PA)…The area’s first informational pest reality show is out of the box. Dominators, a local reality show online at www.Dominators.TV, puts you in the front seat with local pest control technicians as they go into eye-opening situations such as spider-filled crawl spaces, termite-damaged properties, roach-infested and rodent-ridden occupancies! Dominators offers an informative approach, displaying real pest problems in the Lancaster and York areas. Area residents, realtors and rental property owners learn how to locate and identify pest issues that could potentially damage their properties. Gregory Pettis, owner of Dominion Pest Control, decided to let the viewers“get in the truck with them”, after seeing similar national programs that take the audience into situations they have never experienced before. “It amazes me that so many people find our occupation fascinating”, says Pettis, a long-time locally licensed pest control operator. “No day is the same in our industry, so we said, ‘Let’s allow folks ride with us to learn how we solve serious pest issues and enjoy the wild adventure!’”

Dominators, viewable online, features many different scenarios with episode titles such as Operation Termite Elimination, Roach Invasion, Stinging Invaders, and Stink Bug Standoff to name a few. While filming such episodes can be difficult, Pettis noted past experience filming a reality show helped. “A producer who is a friend of mine invited me to participate in filming a popular TV reality show”, Pettis stated. “I was impressed at the art of capturing real drama, making sure the camera and microphone were at the right place at the right time. It’s not like you can go back and say, ‘Do that again’. If you missed the action, it’s gone forever. It is an incredible task.” Pettis gives much credit to the filming success of Dominators to his previous experience working on a reality show.Pettis also stated a motive for filming Dominators was to let area residents know that most of the pest problems they are experiencing are common, although tackling the problem may not be the same. “Every situation is different,” Pettis admits, “‘a one-size-fits-all’ solution is not reality. This is why we let viewers watch us make treatment decisions only after thorough, sometimes dangerous, inspections,” he said. For more information, or to view Dominators video series, area residents can go to www.Dominators.TV. 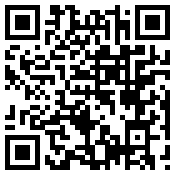