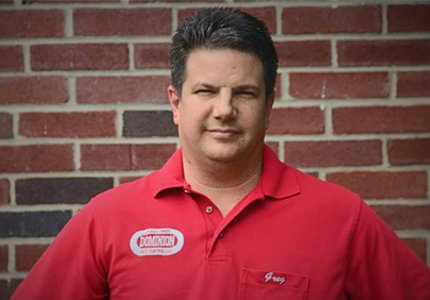 "If you need pest control and you live in Lancaster or York PA, Dominion Pest Control services both counties with the area's most experienced technician average found anywhere!"

No doubt about it. Stinging insects are some of the most common pests we’re asked to control. Increasingly, service calls to kill the Spotted Lantern Fly are high on the chart too.

This year, we’ve gotten more calls than ever regarding both! There’s an abundance of bald face hornets, yellowjackets, wasps, and European hornets joining the swarms of spotted lantern flies. (European hornets look like Murder hornets, but they are not. The Asian Giant hornet is dubbed the “murder hornet.” Learn more.)

Service calls to control yellowjackets, wasps, and other stinging insects have increased dramatically this year and started earlier. Greg Pettis, Dominion’s president, recently went out into the field to help catch up on stinging insects calls. Scary!

END_OF_DOCUMENT_TOKEN_TO_BE_REPLACED

Dominion Pest Control continues its commitment to helping save Pennsylvania agriculture from the invasive, destructive spotted lantern fly. Those familiar with our local pest control company and blog are aware of our efforts to help alert everyone about the devastation these tree-destroying insects wreak on our state, as well as others.

END_OF_DOCUMENT_TOKEN_TO_BE_REPLACED

Are Murder Hornets Teaming up with Lantern Flies and Stink Bugs to Ruin Your BBQ?

No wonder there’s fear lingering over whether Murder Hornets are coming to Pennsylvania.

END_OF_DOCUMENT_TOKEN_TO_BE_REPLACED

Summer is such an active time for pests. Unfortunately, it’s also the time of year we’re most active too! To help protect you and your family from annoying insects, we offer these helpful tips for yard pest control that focus on some of the most common summer pests: mosquitoes, ants, ticks, and stink bugs.

You won’t be able to completely rid the outdoors of these nuisances, but you can lessen their numbers so that you can stay outside longer and enjoy the summer.

After Covid-19, The Spotted Lantern Fly Could Be Public Enemy No. 1

There’s never been a better opportunity to play a huge role in supporting Pennsylvania’s farming community. How? Join us in the fight against the spotted lantern fly!

What is a spotted lantern fly?

The spotted lantern fly is a planthopper native to parts of China, India, Vietnam and eastern Asia. An adult lantern fly is about an inch long, with black-spotted gray forewings and hind wings with patches of red and black, and a white band. In the fall, they lay egg masses on their host trees.

It’s an invasive, destructive pest and an economic threat.

END_OF_DOCUMENT_TOKEN_TO_BE_REPLACED

At Dominion Pest Control, our goal is simple. We want to keep pests where they belong, not in your home! Most insects are beneficial in one way or another in their natural outdoor environment, but they are never welcome in your home. We are local exterminators to the Lancaster and York, PA areas with a strong understanding of native pests and how best to control them; let us deliver customized protection to your family and your home! About Us →